Most of you know by now that we have a puppy called Cooper, named after our friends Allie, Ben and Max Cooper (with their permission of course)!

The governor of St Helena’s dog Dusty had 12 puppies on 21st November 2016.  Matt asked if we could reserve one of the puppies as Isaac has wanted a dog for a long time (so has Matt)  and being on the island provided us with the ideal opportunity to have one. The Governor agreed and as you will know if you have been reading our blogs, we picked Cooper up on our first day on St Helena.

Cooper was the last puppy to go to a new home. He is a brilliant dog and so good natured, he is growing in confidence with each day that passes. At first though there were a couple of issues, he was not used to children and did not like walking AT ALL, he was used to having the run of a large garden at Plantation house.

I took him to the vet last week for his flea and worming treatment which in theory should have been quite simple.  I managed to get him in the car by lifting him from the house into the boot but when we got to the vets he refused to get out of the car, ‘no problem’ I thought ‘it’s a big drop from the boot’, so I lifted him out of the car. I then put him on the lead to walk the 30m to the surgery.

Cooper wouldn’t budge, I tried pulling on the lead, nothing, I tried walking off (normally he follows) … nothing, I tried treats…  still nothing.  So, I then carried what I found out from the vet to be 16.8kg of dog to the vet where there were 4 other dogs and owners already in the queue for surgery.

I thought ‘how embarrassing, I don’t want them to see that I carry my dog,’ so I put him down on the ground a few metres from the surgery where he sat and stayed… until he saw one of his brothers, Rolex (watchdog). I have never seen him move so fast, he ran straight to him, I was overjoyed, ‘he walks!’ I thought, ‘now all we need is 2 puppies!’  It was lovely to see how pleased the puppies were to see each other and how well they played together. Eventually, the vet called Cooper in…. she had to carry him, at least he wouldn’t walk for her either!

This week is a different story thank goodness! Who knew I could add dog trainer to my list of achievements! Cooper is now walking well on the lead after lots of practice, although he still won’t get into or out of the boot and hides under the table if he hears the lead.

We all took Cooper puppy training today at the Governors house with 7 of the 12 puppies. Each time a new puppy arrived they all went mental charging around the garden having a great time with lots of rough and tumble.  Mum Dusty also came along trying to maintain some order. All the puppies are doing well and have settled into their new homes. Cooper is a star pupil apparently, according to Paul the trainer, as he has accepted our ‘pack’ (Matt, me Isaac, Archie and Ruby) in such a short time. He has been earmarked as a working dog and we are hoping that he will be trained to be a dog who can detect cancer or a sniffer dog for use with Customs and Excise here on the Island.

It’s funny how in less than 2 weeks this little chap is so much a part of our family that we can’t imagine life without him, I would certainly find island life tougher without him as I currently don’t know many people on St Helena.  People often stop to chat when we are out walking, he is quite famous on the island.

Our lives have changed forever, we are getting used to the 6am wake-up call (well Matt is anyway!) and the wash he gives you first thing in the morning when he jumps on the bed, the dirty paw prints when it rains and poo patrol.

Cooper is getting used to Going out on the lead, Jamestown, people, birds, not sitting on the sofa and not pooing in Isaac’s room.

We will keep you all posted with his progress as time goes on. 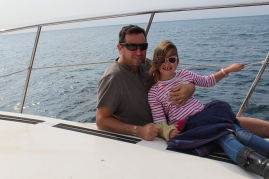 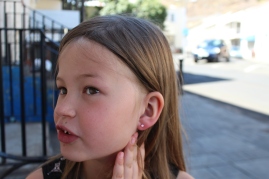 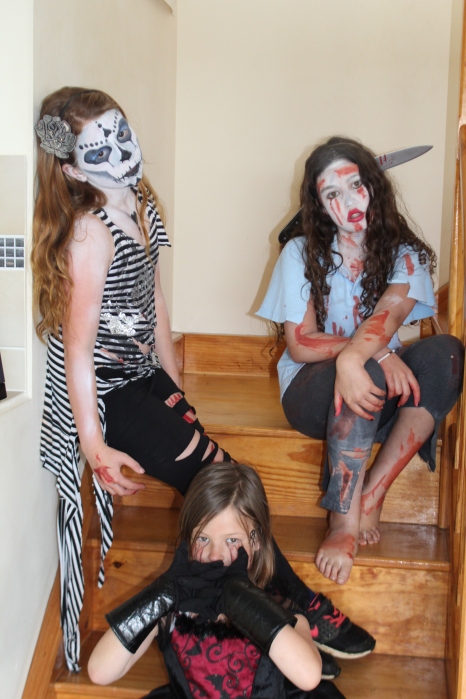 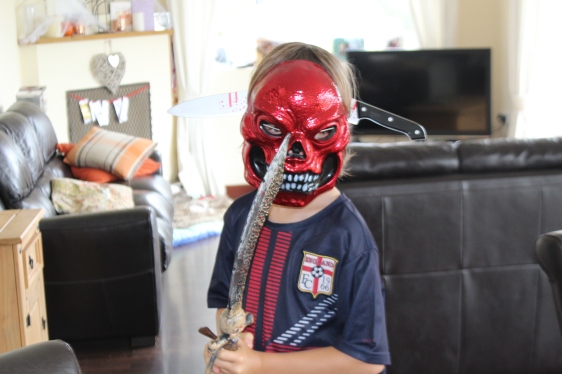 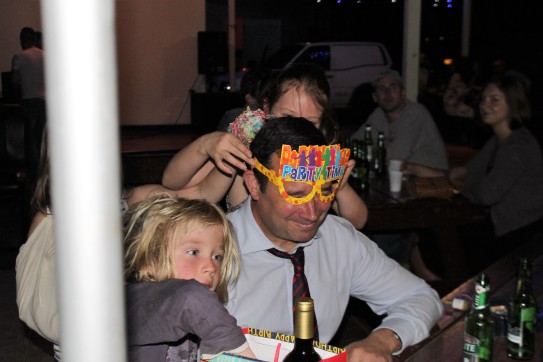 the view from Diana’s Peak 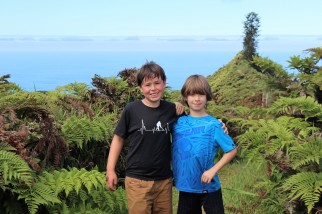 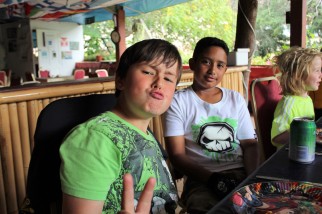 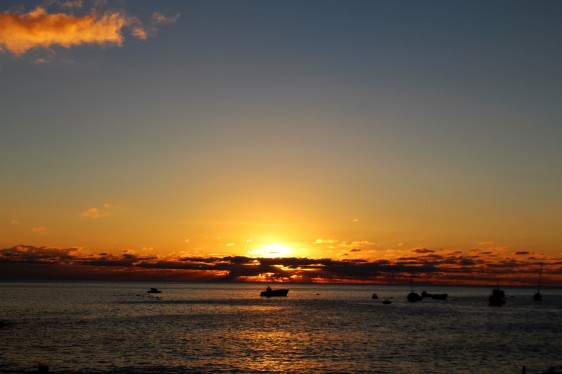 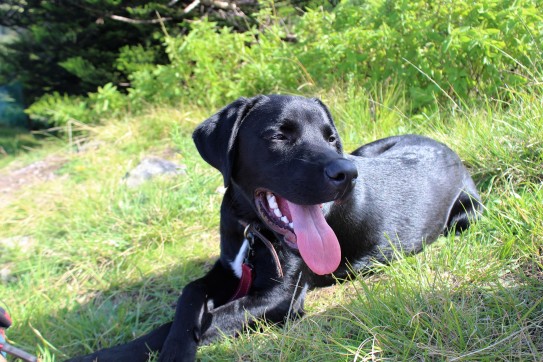 Cooper having a rest on High Peak

At the top of High Peak 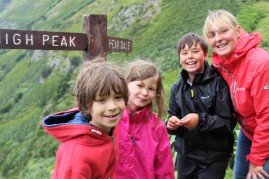 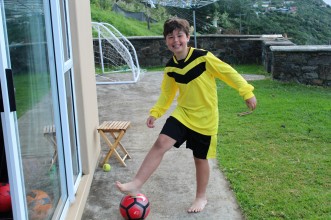 Isaac in his school football kit 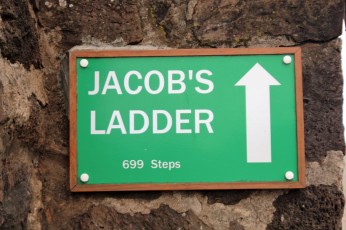 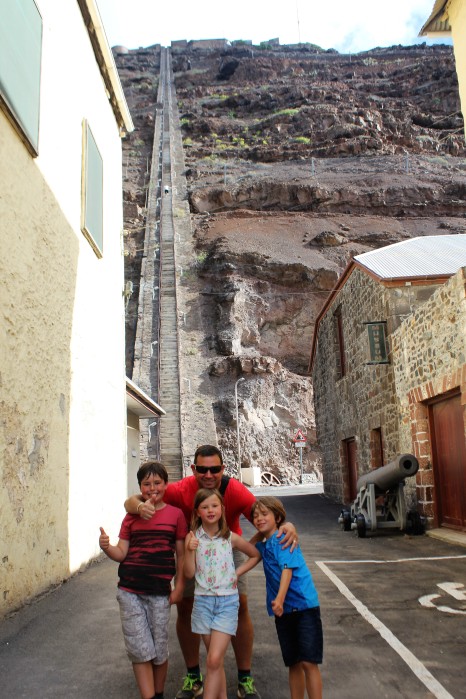 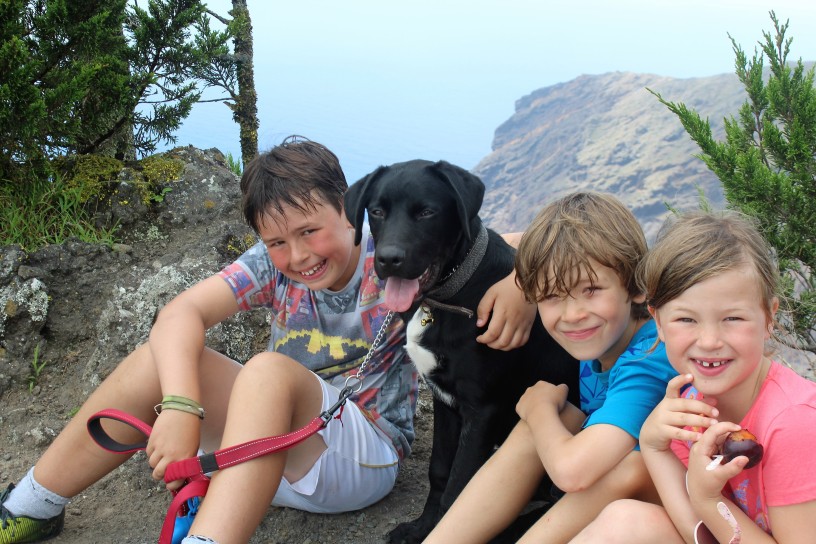 At the top of Flagstaff 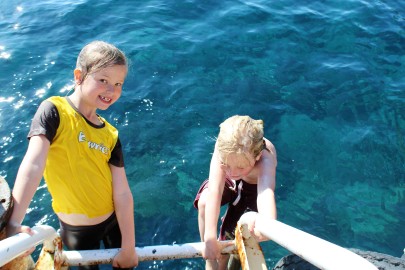 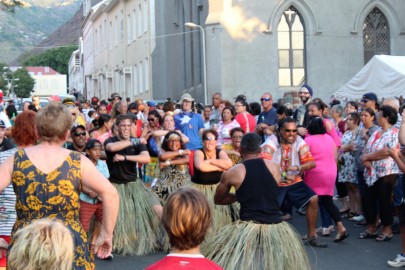 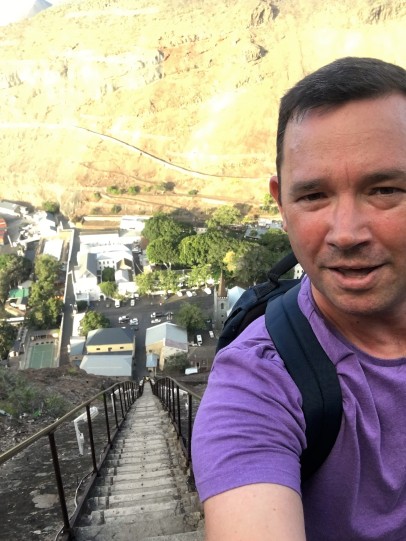 Matt at the top of Jacob’s ladder 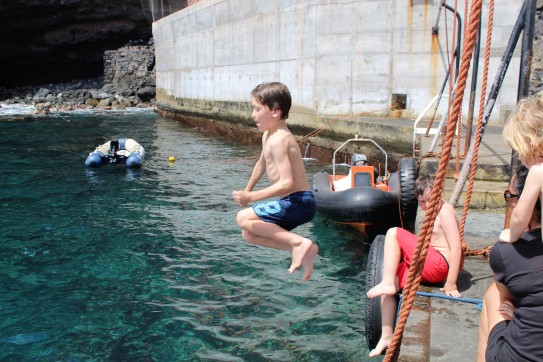 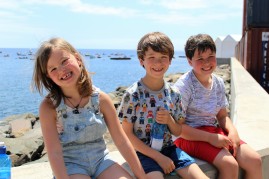 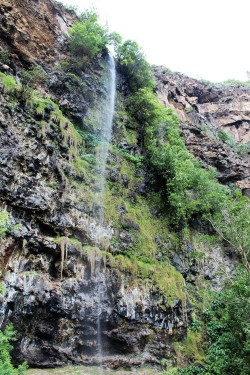 The view from Crack plain to lemon valley 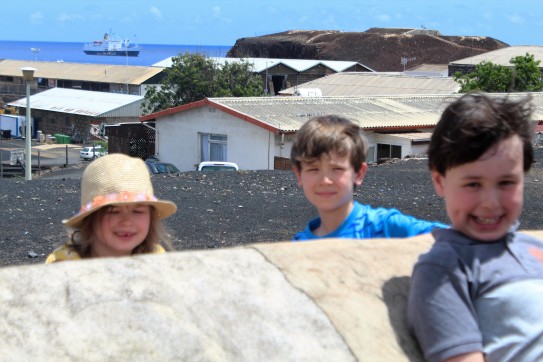 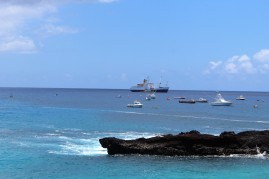 The RMS in Ascension bay

Ready to board the shuttle boat 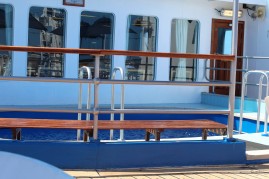 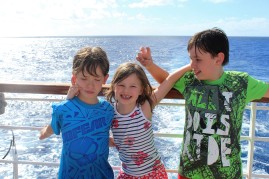 Sunset in the South Atlantic 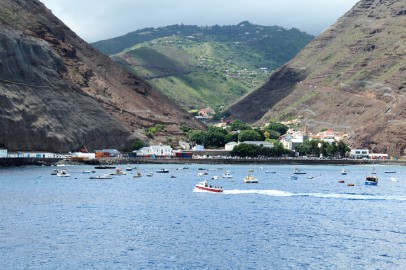 Random Thoughts ideas and experiences by the Ansells on our way to and during our stay on St Helena. We love and miss all our friends and family and will do our best to keep you all updated about our progress! 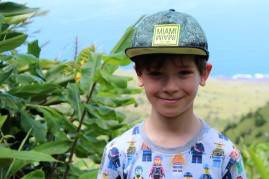 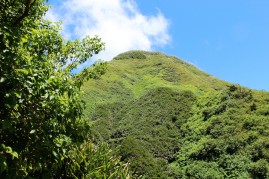